What is the Compare Tool for?

The compare function tool is used to compare the market movements of two or more different symbols simultaneously. Comparing multiple symbols simultaneously is done for a couple of reasons. For example, it is an easy way to visualize market health as a whole. This can be accomplished by pulling up a SPY (which tracks the S&P 500) and adding the DIA (Tracks Dow) and QQQ (Tracks Nasdaq) symbols. The result is one single chart containing easy to read, pertinent information spanning the entire market.

The example below shows a chart containing the SPY, DIA and QQQ.

Another popular use for a comparison chart is comparing two companies within the same sector. For example, in the chart below, there is a comparison between two automobile companies; General Motors and Ford. This demonstrates the same theory as in the above example, but it narrows the snapshot down to a single sector instead of the entire market as a whole.

It is important to note that when you add a symbol to a chart, the vertical axis will change from price to percentage. The percentage shown is the price movement for whatever period is currently visible on the chart. This is absolutely necessary. If you switch it back to price, the chart will collapse unless the price values of the symbols are very close to each other. Below is an example of a Google and Apple comparison chart when switched back to price. Their prices are about $500 apart. Therefore when you switch to price, both data series flatten out and the chart loses its effectiveness

How to use in TradingView

To add a comparison to your current data series/chart, simply click on the Compare button on the toolbar along the top of the chart and enter a symbol. 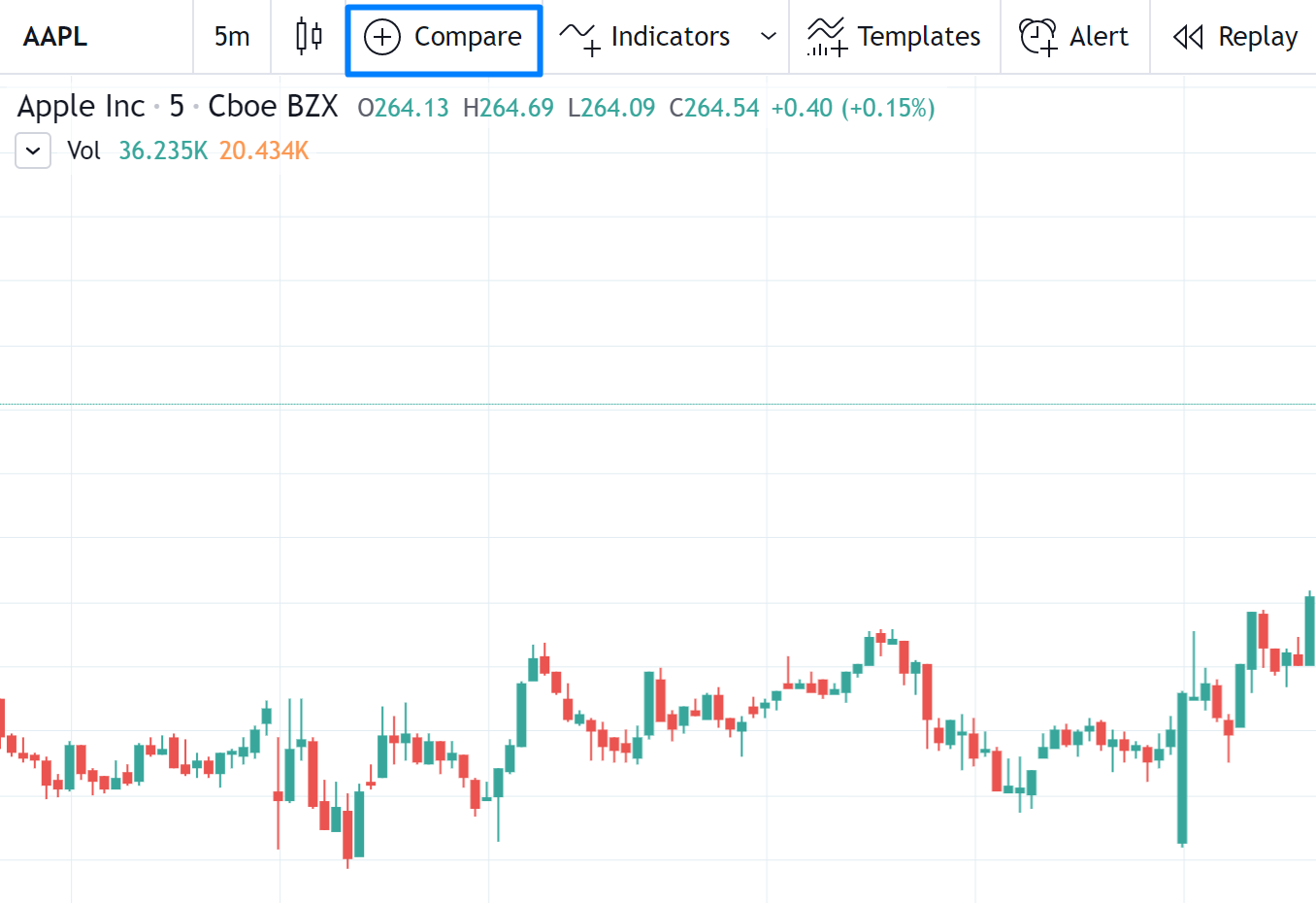 Several popular symbols are already listed, which can be checked in order to be added to the chart. However any symbol can be added. If you would like a symbol that is not on the default list, you can type the symbol into the dialogue box and click the + sign. 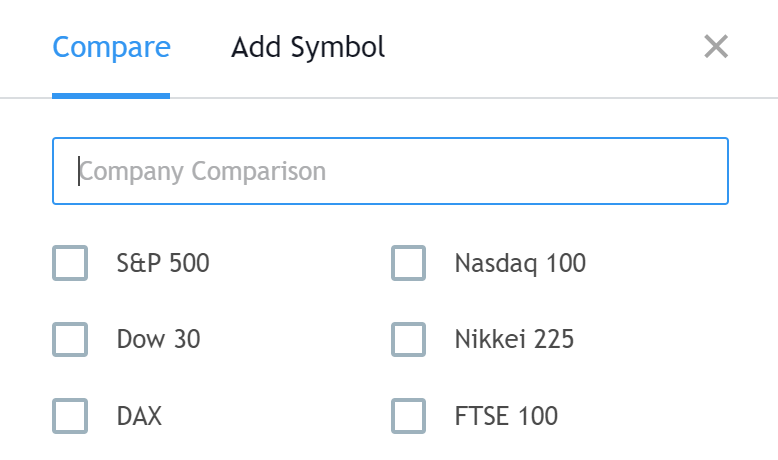